Synopsis: When you have to kill the same terrorist twice in one week there’s either something wrong with your world or something wrong with your skills… and there’s nothing wrong with Joe Ledger’s skills.  And that’s both a good, and a bad thing.  It’s good because he’s a Baltimore detective that has just been secretly recruited by the government to lead a new taskforce created to deal with the problems that Homeland Security can’t handle. This rapid response group is called the Department of Military Sciences or the DMS for short. It’s bad because his first mission is to help stop a group of terrorists from releasing a dreadful bio-weapon that can turn ordinary people into zombies. The fate of the world hangs in the balance….

Not into zombies? Don’t be turned off by the thought of ambling flesh-eaters, you’ll love this tale regardless.

As it reveals in the synopsis, Patient Zero follows Detective Joe Ledger’s experience on a special mission against a terrorist group creating zombies.  Remove the flesh-eaters and the terrorists could be releasing the plague or a nuke or herd of sex-crazed ducks, and you would still fall in love with Joe Ledger in Maberry’s story. The true danger is the terrorists, the zombies merely their chosen weapon.

Quick-thinker by nature Detective Ledger’s take-no-shit approach makes him a perfect protagonist and Jonathan Maberry has captured the action and chaos of an unbiased game changer affecting all who comes in contact with the threatening pathogen.

Taking on multiple perspectives throughout the novel, we the readers get a glimpse into many agendas led by task force fighting the good fight and the terrorists who have concocted a near-perfect plan.

While the novel includes a love story, it’s not one which slows the pace or makes you scream “Why are you kissing? There’s zombies behind you!” Not even close. Maberry has found the balance between action, love, science, and procedural covert tactics while keeping you flipping pages to see how it all turns out.  I finished it in only a couple sittings and although I haven’t read more in the series to date, I promise you I will be. 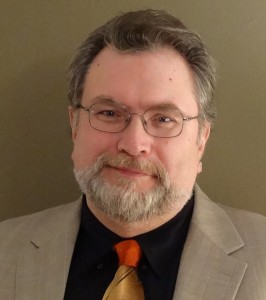