Those who don’t know me personally may be surprised (or maybe not) by the many creeptacular touches to my life. To me, these things add depth in an otherwise catalog existence I have no interest in becoming a part of.

Don’t get me wrong, I can point at any Ikea room and appreciate most items in the perfectly designed arrangement, but where’s the personality? If I wanted to point and order I could hit up a drive-thru.

Give me dark, gritty, and unpolished any day.

Among my most obvious creep-friendly items, is my choice in art. 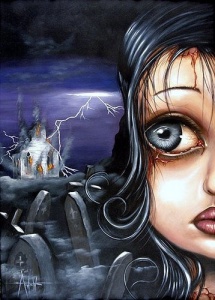 Angelina Wrona is a favorite. 8 of her prints adorn my walls with her girls captivating eyes and somewhat taboo themes. As soon as I bought one I wanted more, and the 8 I have are nothing compared to the amount I crave to add to them. So far I’ve held off, but only because where I normally buy them have moved in a different direction and are not selling them or changing up the ones they have as frequent. 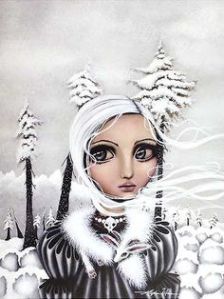 Along with wall art, there’s also a few desktop goodies…

And my own past attempts at photo-manipulations… 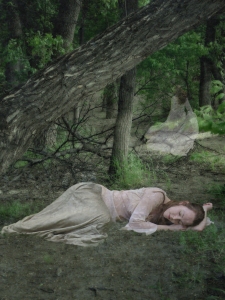 Instead of stowing away your inner creep factor away until Halloween or so the in-laws don’t judge you, let it show all year around. Maybe it’s something more subtle as in a few pieces of jewelry or piercings, or something more in your face like full goth gear. Either way, your art shouldn’t be hidden, it should be celebrated and recognized as a part of who you are.

2 thoughts on “Celebrate your Creep Factor”